Washington Memorial Chapel located in Valley Forge Pennsylvania have some wonderful characters overlooking the grounds from atop the chapel.

Designed by Milton B. Medary (1874 – 1929) was an American architect from Philadelphia, practicing in the firm Zantzinger, Borie and Medary from 1910 until his death.The firm is best known for the Washington Memorial Chapel at Valley Forge National Historical Park, the 1927 Fidelity Mutual Life Building in Philadelphia, and the 1929 neo-Gothic Bok Singing Towers in Florida. Medary received the AIA Gold Medal in 1929.
- Wikipedia 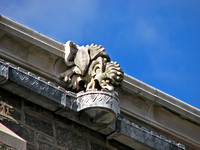 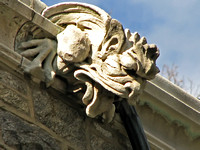 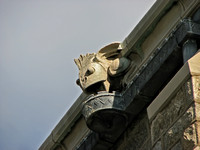 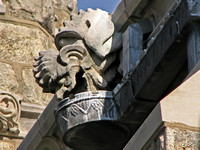 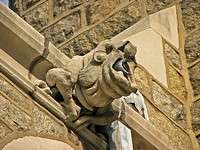 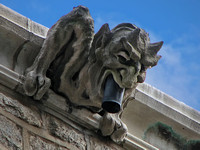 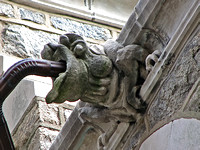